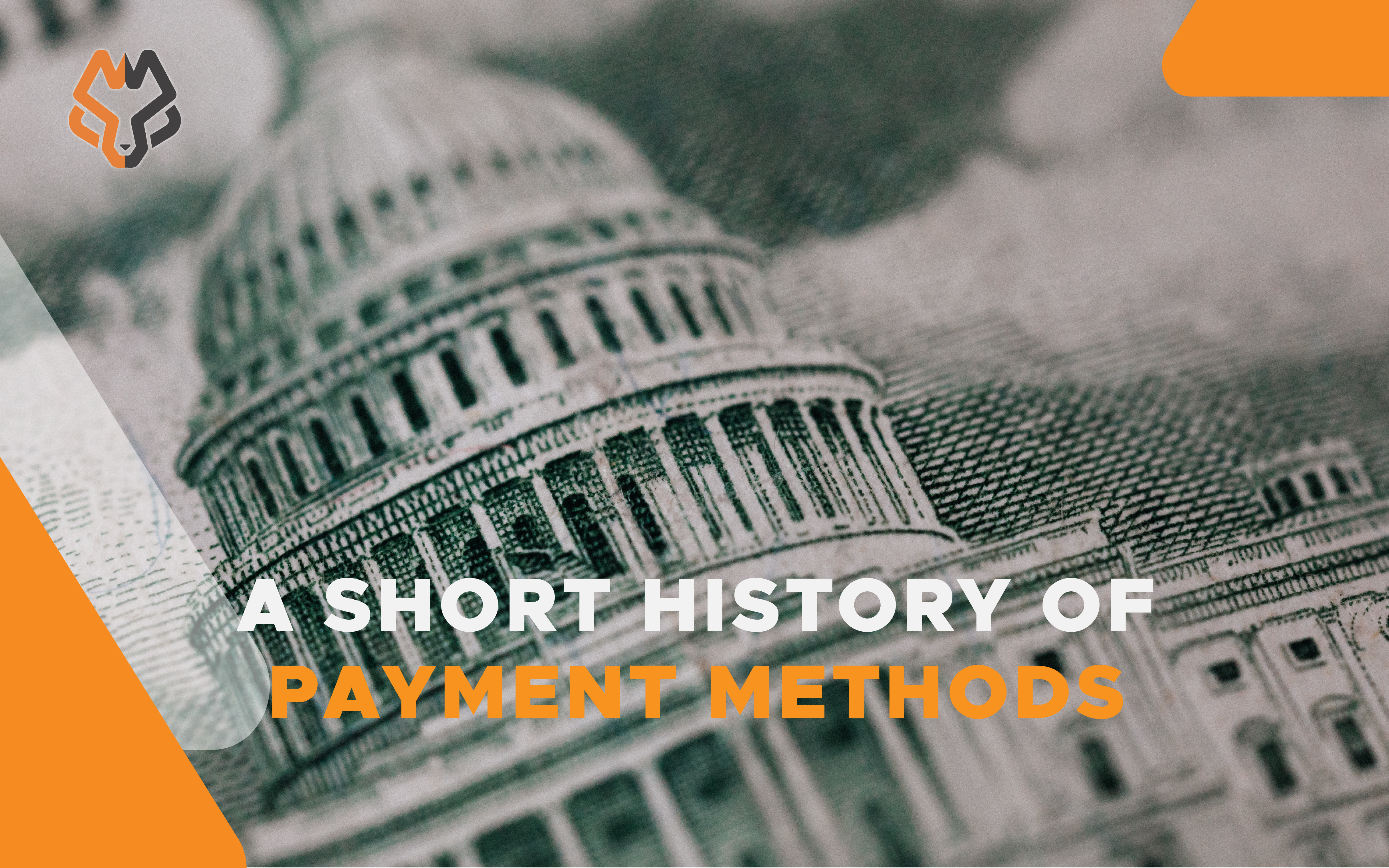 A Short History of Payment Methods

Cash, credit card, PayPal, Sofort, SEPA, different alternative payment methods. What do you usually pay with, as there are so many choices right now? Tracking the history of money and payment methods is a challenging task, as we cannot really pinpoint the exact time when money was invented. We don’t even know who invented it. Some historians claim that the person who came up with the idea of money was King Alyattes of Lydia (what is now Turkey) around 600BC and that the first coin ever minted featured a roaring lion on it. However, others state that the first coin appeared in Athens and that it featured a turtle. But how did we come from a single coin to only a button that you click on when you want to complete a purchase? This time, are discussing the history of money – what was invented when, and how did these financial inventions happen in the first place?

3000 BC: Bartering as a payment method

Transactions, as it is believed, date back to even before 3000BC, but people used a bartering system back then instead of money. Bartering is the direct trade of goods and services, which means that the early man would barter the goods he had in surplus for the things he lacked. The most popular goods to be bartered were grain, cattle, weapons and services such as assistance with hunting. Some scholars still believe that barley is the first kind of commodity money. But the bartering system had a big flaw as it was difficult to measure the value of a certain item involved. There was no value set in stone, and because of that, all the deals had to be negotiated at length until both parties were satisfied with the terms. Because of this, some bartering sessions lasted for a very long time. The bartering system is even now in use in some parts of the world.

Even though it cannot be traced back to the exact year the first coins were forged, it is believed that it happened around 1100BC in China. This was when payment in precious metals started. China was the first country to introduce first coins, which were at first circular objects made out of cowry shells, and shortly after other countries such as India, China, Anatolia and Greece followed. The first minted coins that became the first official currency appeared in Lydia, a kingdom in western Anatolia somewhere around 600BC. These coins were used in Europe up until the 17th century AD.

The Song dynasty from China is the main culprit that we use paper money today, as it is this dynasty that introduced it for the first time during the 11th century. Other examples of paper money were introduced in the past in China as well, but all of them came in the form of different merchants receipts of deposit. This might be the main difference between the existing paper currency and paper money. The arrival of paper money happened due to the shortage of copper for striking coins, which is why the Song dynasty came up with ‘’jiaozi’’, the first true paper money. During the 12th century, the Song government issued so many banknotes that they had to establish several government-run factories to produce paper money in 4 major Chinese cities. These factories were incredibly big; it was recorded that, in 1175, the Hangzhou paper money factory had more than a thousand workers. This was quite an astonishing number of workers for that period of time.

However, it is essential to note that the first real paper money as we know it today appeared in 1635. The first government that officially delivered paper money was the French colonial government of Canada which issued the first real paper money for soldiers to use as cash for the things they needed. Stockholms Banco issued the first European paper banknotes in 1661, a predecessor of what will later be known as Sweden’s central bank. During the 17th century, cheques emerged as another, alternative payment method. By the end of the same century, cheques became very popular in England. They came in the form of handwritten documents that were bearing the sign and the seal of the issuing bank.

Everything changed in Europe in 1966, when the United Kingdom issued the first credit card. Barclay issued this card, which was loosely based on the Bank America card that was introduced in the USA just several of years earlier. Namely, USA issued the Bankamericard in 1958 which acquired widespread use in the United States and paved the path for Mastercard and American Express. But it was somewhat difficult back then to track credit cards and the payments completed through them, so it wasn’t easy to get hold of a credit card. The 1966 Barclay credit card, which was branded under the Visa logo, had a number embossed on the front of the plastic card, and there were three copies of slips after a payment had been made: one for the bank, one for the retailer and one for the customer. Back then, it was a status symbol to own this card. The first debit cards in the United Kingdom appeared in 1987, while chip and pin appeared in 2002.

The next stepping stone happened with the rise of the internet. It is believed that the first online payment happened on the Pizza Hut website in 1994 when the company allowed people to order pizza online. On the other hand, we should thank Coca-Cola for the first-ever mobile payment, when it made it possible for people to pay for the drink by sending text messages from their phones in 1997. Thanks to the rising number of people willing to spend time on the internet and even purchase things online, the world got its first e-wallet in 1998, PayPal. In the next decade, plenty of new alternative payment methods appeared – some in the form of e-wallets, such as PayPal, others in the forms of vouchers of bank transfers that made it possible for people all around the world to pay or send and receive money online.

2010s: The change smartphones made

The arrival of smartphones changed the shoppers’ overall behaviour who have been more willing to pay online for the goods they want since the beginning of last decade. As e-commerce started to grow rapidly, so did new alternative payment methods that are now available on our smartphones as well. This ranges from regular debit cards that can be linked with a smartphone to other alternative options that we can use on different e-commerce stores’ checkout pages. Bitcoin was another big invention of the 2010s, even though it was first introduced in 2008 when an unknown author under Satoshi Nakamoto’s pseudonym came up with the idea. This was the year when cryptocurrency started to become very popular and dominant, and right now they are thousands of other cryptocurrencies that are introduced.

The alternative payment methods that exist right now, exist for a good reason. They make e-commerce easier to happen, and they give everyone the possibility to buy things from the comfort of their home while using the payment method they prefer. This is not only a plus for the end consumer, though, as e-commerce webshops gain a lot from this as well.

2020s: Will the coronavirus pandemic change something?

We are not standing on yet another threshold in the payments industry – the coronavirus pandemic. Like it changed all other aspects of life, it changed the way we shop and pay as well, especially because online and mobile payments skyrocketed, and this trend will not seize. Even long after the pandemic is over, people will still find it easier to pay using alternative payment methods such as SEPA, Sofort, PayPal, AliPay and similar. It is also a very debated question whether we are witnessing the slow death of coined money and paper notes, yet we will still have to wait a couple of years to be completely sure. 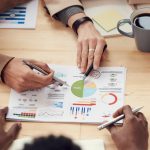 Mental Health at Work: A Bigger Priority Than Ever Before 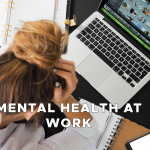 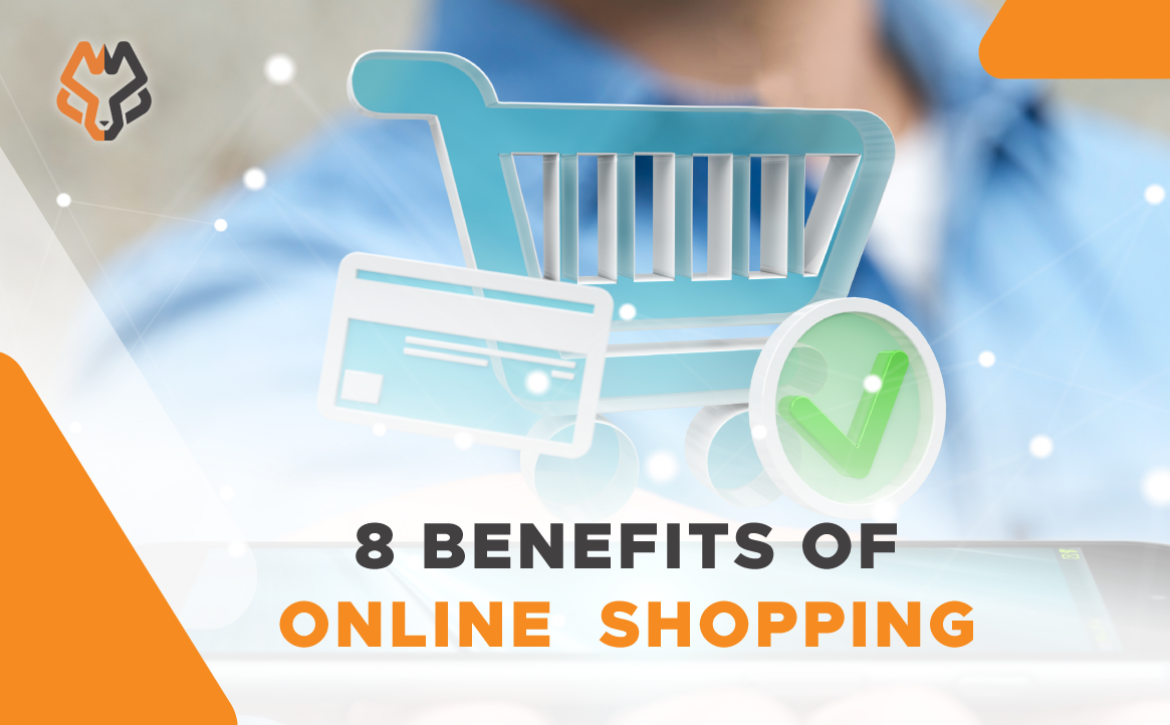 One of the things that the Internet revolutionized is the way we shop. Even though...